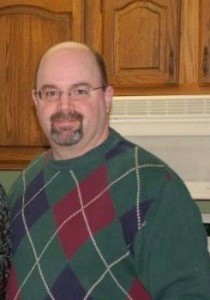 Injury Management Supervisor Amy Phillips’ brother-in-law, Tim Rolph, was the kind of soul you never forget. At unexpected moments, Amy remembers his distinct laugh and how he was a cherished addition to the family.

The waves of grief are still there, even six years after he died falling from a ladder during a handyman job. But what comforts her without fail is how his sacrifice – and his decision to be an organ donor long before his death – saved and improved so many lives.

“It was what Tim and my sister wanted, to help someone else,” Amy said. “We didn’t have any idea how many people it would help until after.”

Lifeline of Ohio wants to make more people aware of their life-saving potential. The organization kicked off its online donor registration drive, “Don’t’ Wait, Save 8” on Oct. 8. Lifeline of Ohio chose 10/8/20 because every 10 minutes someone is added to the national donor registry, and every donor has the potential to save up to eight lives (and heal 75 more). In Ohio, about 3,000 people are awaiting an organ or tissue donation.

Amy said Tim was the perfect donor. His head trauma left all the organs in his body intact. 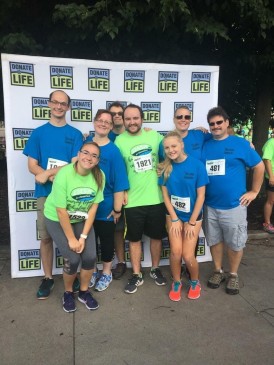 Lifeline brought care packages to the hospital and volunteers made blankets for his three sons, all now grown and in their 20s. Every step of the process felt like making decisions with lifelong friends, Amy said, and she’s still astounded at the number of people Tim helped.

A 65-year-old Ohio man with five children and nine grandchildren received Tim’s heart. He had been on the transplant list for a year, and now he’s back to golfing and spending time with his family. Every year he sends emails to Amy’s sister Lori to let her know how he’s doing.

Lori never met any of the recipients, but she wrote each of them before their transplants to tell them about Tim and the man he was.

Amy and Tim both grew up in Erie, Pennsylvania, and she knew him since the fifth grade. Lori didn’t meet Tim until she took a college visit to Indiana University of Pennsylvania, where he was a freshman.

“It was a tragic accident, but it wasn’t a big decision to do this for our family. All of us were registered donors before this happened,” said Amy, adding Tim’s sons registered once they were old enough.

She said people often have misconceptions about eligibility, and she suggests visiting Lifeline of Ohio’s website to clear any confusion.

“I’ve heard a lot of people who said they’ve had cancer or they’re not sure if they would be a good candidate because of the meds they’re taking,” Amy said. “But there is so much they’re able to use. Definitely do your research before you make a decision.”

According to Lifeline of Ohio, there are nearly 7 million Ohioans who are not registered. Here are some quick ways to do it:

One thought on “Amy Phillips’ family tragedy saved many lives”