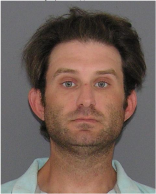 Acting on a tip in 2014, investigators with the Ohio Bureau of Workers’ Compensation conducted surveillance and interviewed employees of William T. Maguire’s Grass Roots Landscaping & Lawn Care to determine Maguire continued to operate his business after his BWC policy lapsed in September 2009. Maguire, 35, owes premiums to BWC totaling $92,447.

Maguire’s sentencing is scheduled for Jan. 18 in the Hamilton County Court of Common Pleas. Penalty guidelines for a fifth-degree felony in Ohio include six to 12 months in prison and fines of up to $2,500. A judge also could order Maguire to pay restitution to BWC.