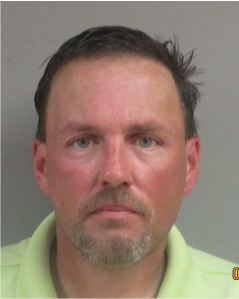 A Columbus-area man with a history of faking work injuries to obtain narcotics was sentenced Wednesday to six months probation and ordered to pay the Ohio Bureau of Workers’ Compensation $620 for the cost of investigating him.

Thomas Gallagher, 47, of Dublin, pleaded guilty Nov. 16 to one first-degree misdemeanor count of workers’ compensation fraud in the Franklin County Court of Common Pleas. Besides probation, he was fined $500, with $400 suspended as long as he makes restitution to BWC.

Gallagher obtained medical treatment and narcotics on March 13 last year at a Columbus hospital after claiming he had been injured on the job while working for a local casket maker. He filed an injury report to BWC, but BWC rejected his claim after finding he hadn’t worked at the company since October 2014.

BWC’s Special Investigations Department found Gallagher pulled a similar maneuver in 2012. Gallagher filed an injury report with BWC on Feb. 15 that year, claiming he had been injured in October 2011 while working for a Speedway station. He received treatment and narcotics on Nov. 15 and Nov. 23, 2011, at a hospital in Dublin. BWC rejected the claim after Speedway reported Gallagher’s last day on the job was nearly a month prior to his alleged injury.